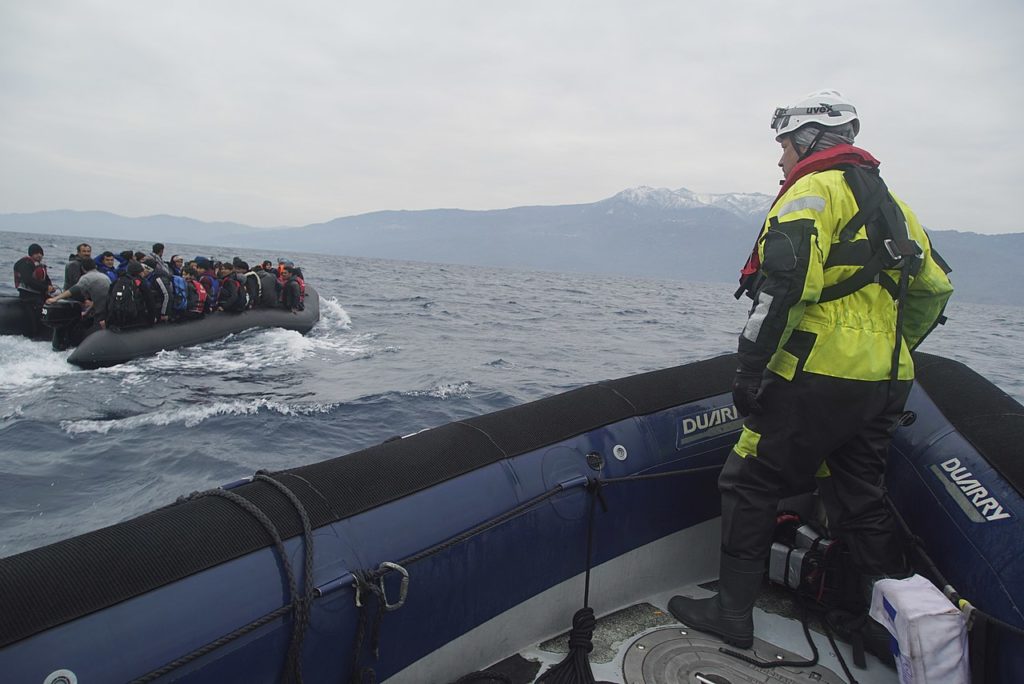 Esteban Mora begins his contribution to the roape.net discussion of the David Harvey-John Smith debate by asserting that the whole debate over who drains value from whom is misguided. While Smith says the West continues to drain the East and Harvey holds that the direction has been reversed, Mora believes that both claims rest on the ‘misconception’ arising from dependency theory that the imperialist North drains value from the imperialized South. [1] This, he says, is ‘not entirely accurate,’ and he goes on to make further claims which, as I see it, amount to arguing that imperialism as classically defined by Marxists does not exist – and for that matter never did.

Mora’s argument goes through several steps. He first points out that Northern and Southern capitalists both exploit the South, which is undeniably true. The rate of profit is higher in the South, he says, because of Southern industry’s less developed organic composition of capital, and both Northern and Southern capitalists benefit from it. But this reasoning is off-target. Mora overlooks the enormous super-exploitation of Southern labor (in fact, he never mentions any kind of exploitation), the main reason that profit rates from production in the South are higher. Moreover, the organic composition need not be much lower in the South; many Southern factories use up-to-date technology.

Second, Mora rejects the dependency-theory notion of a ‘correlative movement between rising profits and diminishing profits.’ It is not clear whether the rising profits are meant to be those produced in the North or those captured by Northern capitalists wherever produced, and likewise for the diminishing profits of the South. But since he is aiming to refute the ‘drain’ of profits, we have to assume that he is denying that Northern capitalists capture greater profits than Southern capitalists. On this, John Smith has shown in his book and in this online discussion that, Apple, for example, makes a much higher rate of profit than the contractors who produce its devices in China. And I gave evidence in my contribution to the debate that ‘the surplus-value flow from the U.S. to China does not match that extracted from China by the West.’

If we go to the data for world corporate profits or FDI, etc … we realize the South or ‘emerging’ economies are not only profiting at almost the same level as the North in absolute terms (for example, the 10 biggest Chinese companies in the Fortune 500 have revenues for 2,11 trillion dollars, while the 10 biggest US companies in the same list have revenues for 2,22 trillion), but that this means a superior dominance in portfolio investments or dividends than the North in relative terms.

By ‘relative terms’ Mora presumably means the rate, not just the mass, of profits, since his numbers suggest that the mass of profits in South and North are comparable. His data derive from the Emerging Market Multinationals Report by Lourdes Casanova and Anne Miroux, published in 2016 by Cornell University. But this report’s conclusions do not back up the idea that Southern profit rates are higher than Northern. For example, they state:

Overall, the average profit margins of eMNCs [emerging market multinational corporations] lag behind that of their US and Japanese counterparts for instance. Emerging Multinationals appear to be looking for growth in revenues rather than profit margins for the moment. The differences are relatively significant, whether one considers the E20 firms as a whole (27% of the eMNCs in the Fortune Global 500 achieve a profit margin above 5% versus 39% if one considers the whole Fortune Global 500) or at the industry level…

This means that while 27% of Southern (emerging market) multinationals make a profit rate over 5%, a notably greater proportion – 44% – of Northern multinationals do so. There are other ways to measure the rates of profits of firms from different countries, but this is the source Mora chose to cite, and it does not justify his conclusion that the Southern economies achieve a ‘superior dominance’ in rates of return.

As a third step in his argument, Mora invokes Lenin to back up his claim that Southern and Northern capitalists are comparably profitable. He writes, ‘We have to go back to the notion from Lenin’s Imperialism where ‘central’ states and ‘peripheral’ states are all ‘agents of financial capital’, and not simply the ‘central’ ones that operate against the ‘peripheral’ ones.’

This is a very strange assertion. First of all, the words that Mora seems to quote – ‘central states, ‘peripheral states, and ‘agents of financial capital’ – do not appear in Lenin’s book at all. Not even the term ‘financial capital’ appears, because Lenin’s well known thesis about the predominant capitals in the imperialist countries refers not to the financial firms as such but to ‘finance capital,’ the term he borrowed from Hilferding signifying the combination of bank and industrial capital. And on that, Lenin produces data to show that in the early twentieth century four countries – Britain, France, Germany and the United States – owned nearly 80% of all finance capital. Lenin sums up: ‘In one way or another, nearly the whole of the rest of the world is more or less the debtor to and tributary of these international banker countries, these four ‘pillars’ of world finance capital’ (see Lenin, Imperialism, The Highest Stage of Capitalism, Chapter 3). That is, for Lenin and contrary to Mora, not all states are dominant agents of finance capital; only the imperialist states are. Others are tributaries.

Mora makes his mistaken claim specific in a further appeal to the authority of Lenin. Citing the theories of Lenin and Bukharin, he writes, ‘For these writers all nation-states, whether bigger or smaller, were considered imperialists or agents of financial imperialist capital.’ No, Lenin did not regard all nations, big or small, powerful or weak, as imperialist. Lenin (and Bukharin, and likewise Luxemburg) explained to the contrary that the nations of the world were divided into two categories – the imperialists and those they dominated and exploited. Lenin said that ‘the division of nations into oppressor and oppressed … forms the essence of imperialism.’ Anyone is entitled to disagree with Lenin or Marx on this or any other question, even in a Marxist discussion. But to claim Lenin as a co-thinker, on a disputed question in which Lenin’s exact opposite view is well known, is unwise.

Mora summarizes his brief essay by observing that dependency theory has been refuted by the capitalist penetration of agriculture and industry in the South. Indeed, one claim by some dependency theorists was that imperialism doomed the South to underdevelopment, and there is no question that some formerly underdeveloped countries have undergone remarkable growth and development. But that isn’t all that dependency had to say: the most prominent dependency claim was that Northern capital extracted enormous amounts of value from the Southern countries. And that remains true today, even though some (a relative handful) of formerly underdeveloped countries now exhibit some features in common with the imperialist powers.

Mora concludes that there has been ‘an inversion of positions between North and South,’ but he is quick to add that this does not mean that the North has become the dependent part of the globe. What he appears to be saying is that North and South are now pretty much equal, and that if any countries are imperialist then all are. This too is an absolutely untenable claim.

The reality that Mora ignores was described vividly by Adam Mayer in his entry in this discussion:

It is beyond absurd to compare the status of the Western proletariat … in core Western countries and those outside those countries. Even if a Western unemployed person is materially poorer than a Southern or Eastern unemployed person, the former owns (in a very immediate sense) a passport that is worth literally dying for (as African migrants, and Asian migrants, demonstrate day to day, tragically). … When the wretched of the Earth die to reach the shores of the People’s Republic of China at sea, and not the shores of Australia as they currently do, that is precisely when I will be ready to follow Harvey’s take on imperialism to the extent that ‘reversing the roles has perhaps just advanced beyond its very inception’…[2]

The dependency theorists got a good deal wrong. But they were not wrong to call attention to the gross inequality that exists between global North and South, an inequality that has grown even more monstrous today. And their explanation, that the Northern imperialists exploit the labor and resources of the South, is all the more true today. The claim that this drain of value has been inverted, reversed, or merely leveled off flies in the face of reality.

Walter Daum is the author of The Life and Death of Stalinism: a Resurrection of Marxist Theory (1990) and articles on Marxist economic analysis. He taught mathematics at the City College of New York for 35 years.

[1] Mora explicitly places Japan in the West, alongside Europe and the U.S. while Harvey put it in his East, alongside China. So, Mora’s West aligns with the more common ‘Global North.’

[2] As a resident of the U.S. I must add that the same desperate conditions drive migrants and refugees from Central America to the U.S.’s Southern border, on journeys that risk death to where they face imprisonment and now the kidnapping of their children by the imperialist state.