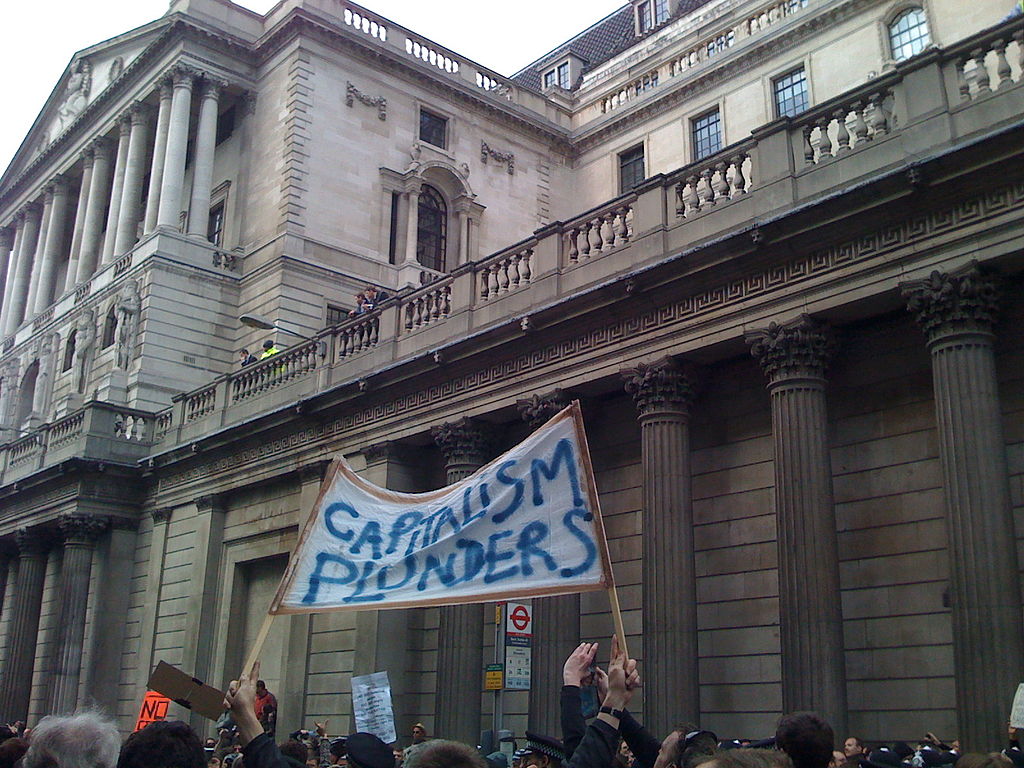 The entire debate between David Harvey and John Smith on roape.net on whether East Asia and the Pacific (including China) or the Triad (US, EU and Japan) is ‘draining’ the other is based on several misconceptions. The debate is based on Paul Baran and dependency theories, which postulate a correlative profiting of the ‘central’ countries over the ‘peripheral’ ones. This means there is a ‘drain of value’ from South to North, and just as companies in the North augment their profits, they ensure that companies in the South diminish their own.  In simpler terms there is a correlative movement between rising profits in the North and falling profits in the South. So, this is what they look for in the relationship between BRICS or East Asia and the Western Triad, a relationship where there is a ‘drain’ or a flow of value from one region to the other. But these notions are not entirely accurate, and hence the terms of the debate

For example, the rate of profit is higher in the South thanks to a less developed organic composition and cheap constant capital (something pointed out by Ernest Mandel), which means a higher rate of profit not only for international companies operating in the South, but for the local Southern bourgeoisie as well. The mass of profits might be significantly inferior, but not its rate. The same mechanism which is seized by companies in the North in profiting from the South, is used as well by the local and weaker bourgeoisie.

Another example is the export sector. The export sector in the South acquires dollars (or any other dominant currency as means of payment, depending on the region and the trading partners, etc), and this means they have acquired an overvalued currency in nominal and exchange market terms, which gives them an advantage over sectors dealing with the local currency. Not only that, but fluctuations in this currency (for example, the dollar) now affect not only the companies in the North, but the local bourgeoisie whose assets are now in dollars and who have greater purchasing power because of that. So once more the same mechanism which produces or increases profits or even gives advantages to countries in the North, also gives advantages to the local bourgeoisie in the South.

These examples contradict the notion of a correlative movement between rising profits and diminishing profits which is supposedly ‘ingrained’ in the very relationship of dependency between ‘core’ and ‘peripheral’ countries. In addition, not only is the notion of ‘dependency’ based on Ricardian assumptions (measuring value as price, and so measuring value in absolute terms or in terms of mass, and not relatively), but it seems to be extremely partial in its understanding of the world market. I am not denying there is a ‘draining’, or unequal exchange (which is not the same in Raúl Prebish as it is in Arghiri Emmanuel, two prominent pioneers of dependency theory and unequal exchange), but that imperialism cannot be reduce to these phenomena.

What does this mean? It means you do not have to look only for an inversion between ‘drained’ countries and countries who ‘drain’ the others, but also a relationship of mutual profiting between an international bourgeoise which in no way makes the Triad ‘dependent’ on East Asia. Dependency theories are partial and cannot be said to summarize the totality of relationships which can be encountered in the international market, nor the operations of imperialism.

Of course, the Triad has an upper hand financially, but nobody can overlook the fact that East Asia and the Pacific is producing more value added in industry (as well as being the biggest producer of high tech in the world in terms of value added), and has larger capital formation than the Triad, or has more capital good exports than the Triad. All of these elements of capitalist production were dominated by the Triad just a few decades ago, and they were considered marks of their imperialistic character over the world market. Increasingly they are being taken over by East Asia. Instead of looking for a relationship that involves ‘draining’ as a marker of imperialism or not or seeing the Triad on the verge of becoming ‘dependent’ on East Asia, we must also look for relationships which are beneficial for all bourgeoisie – whether they are from a large central state in the United States, the UK or Japan, or a smaller capitalistic partner like the ones in the South (in this respect, Harvey is also mistaken in looking for such ‘draining’). We have to go back to the notion from Lenin’s Imperialism where ‘central’ states and ‘peripheral’ states are all ‘agents of financial capital’, and not simply the ‘central’ ones  that operate against the ‘peripheral’ ones. This contradicts the ‘three worlds theory’ on which dependency is based (and seems to inform much of the context of the debate on imperialism on roape.net) and makes us look at international economic phenomena, instead of national or regionalist frameworks.

We also need to make a small correction. Smith argues that this study reveals not only financial returns, but also FDI, portfolio investments and repatriated profits. But it is only from tax heavens, not the whole world market. If we go to the data for world corporate profits or FDI, etc (see the report here), we realize the South or ‘emerging’ economies are not only profiting at almost the same level as the North in absolute terms (for example, the 10 biggest Chinese companies in the Fortune 500 have revenues for 2,11 trillion dollars, while the 10 biggest US companies in the same list have revenues for 2,22 trillion), but that this means a superior dominance in portfolio investments or dividends than the North in relative terms. The problem with focusing on absolute terms (as Smith does in his book Imperialism in the 21st Century) is that you do not have the same purchasing power in the US as you do in China (means of production or raw materials do not cost the same in the US as in China, even if they have the same absolute mass of profits), and as Michael Roberts points out, there is no socially necessary value for the whole world, but only for specific societies. This means the absolute mass of profits can be bigger in companies in the North (for example, General Motors, as is pointed out by Smith), but that does not mean the same control over means of production, the same purchasing power, nor the same rate of profit (which is bigger in the South). This is why FDI, portfolio investments and profits in general are relatively superior in the South or emerging economies at the moment, as well as gross capital formation or value added for industry for East Asia. In addition, the nominal GDP, if considered equal to total profits (not corporate profits, but the totality of profits produced by a society before it is distribution into profit, interest and rent), is of course dominated by the South, specifically East Asia.

Besides what I have already said, we have to clearly state the limitations of dependency theory. Not only is it a Ricardian paradigm, but ‘three worlds theory’ disconnects nations and regions in the world market, when in reality, and beyond all mystifications, there are relationships of mutual profiting within a global financial bourgeoisie. Another perspective that considers this relationship is world-system theory, but it chief proponent Immanuel Wallerstein still divides the globe into the ‘three worlds view’.

Such ideas do not exist in the original theories of imperialism made by Nikolai Bukharin or Vladimir Lenin. For these writers all nation-states, whether bigger or smaller, were considered imperialists or agents of financial imperialist capital. The division into three worlds was inserted historically into Marxist frameworks by Alfred Sauvy, Frantz Fanon or Lin Piao, and dependency theory picked it up from there. But even if dependency is correct on the fact that underdevelopment persists, capital exports and multinational capitals are being socialized in every single nation-state in the world, which is precisely why East Asia now is dominant (specifically in productive terms).

In conclusion, we are witnessing a refutation of dependency, in the fact that capital has penetrated rural and urban life in the South, from agriculture to high tech industry. We are also seeing an inversion of positions between North and South which does not imply a new dependency of the North, something nobody in the study of emerging multinationals, BRICS or East Asia seems to be proposing. Instead of an inversion of dependency as Smith and others seem to be arguing on roape.net, we must look at other ways to understand the vital processes that we are witnessing.

Esteban Mora is a graduate student in Communications Science at the Universidad de Costa Rica, he has written three books, and writes a Marxist economics blog. He has written a detailed blogpost Colonialism and periphery: Latin America, Africa and the Middle East.

Featured Photograph: Protest at the G20 Meltdown protest in London on 1 April 2009