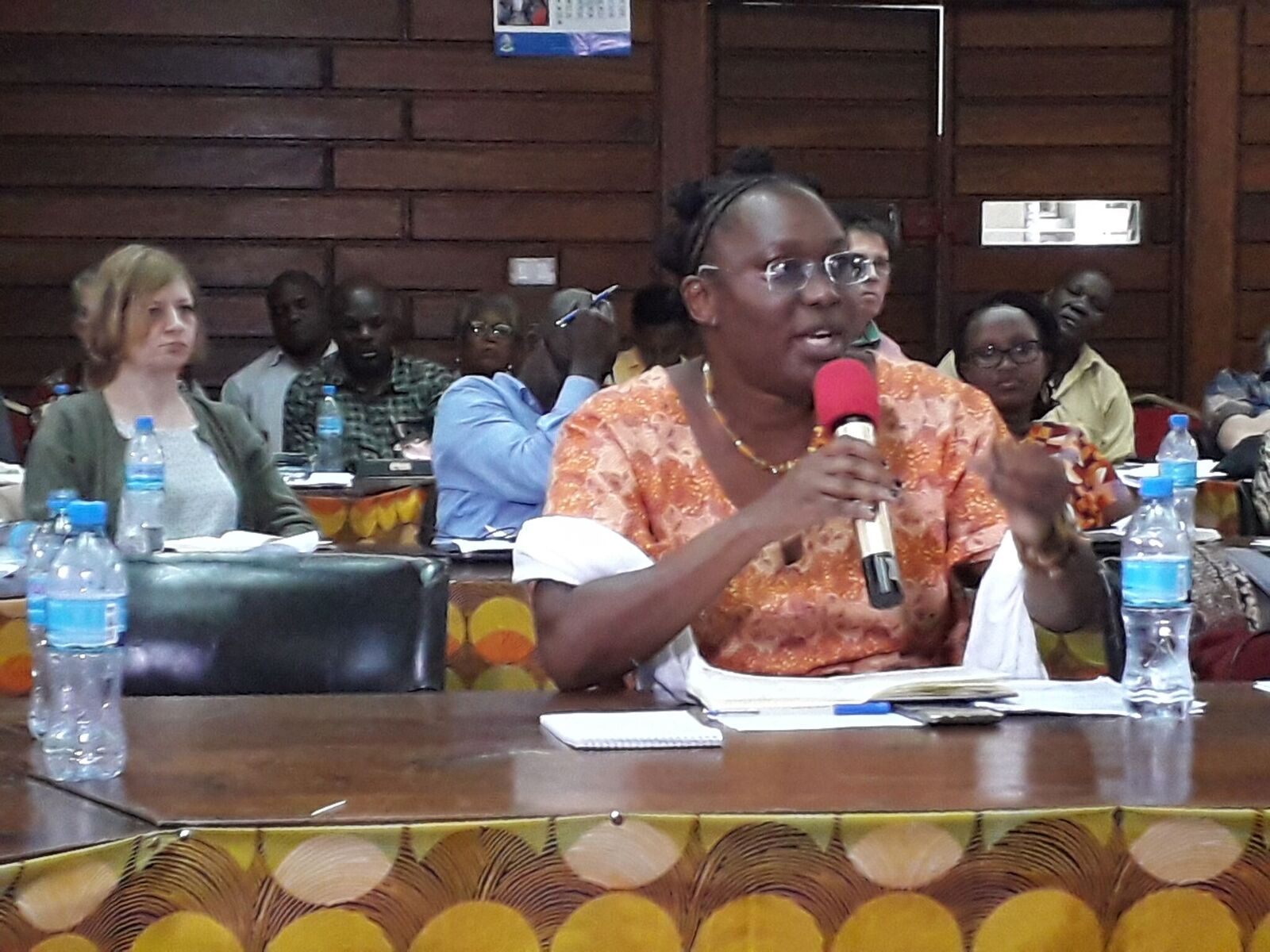 ‘Imperialism in Africa today, the place of class struggles and progressive politics’ was the theme of the ROAPE Connections workshop that was held from 16 _17 April 2018 at the Council Chamber of the University of Dar es Salaam in Tanzania. I was privileged to attend the workshop, on invitation and sponsorship of ROAPE.

The Cambridge Dictionary, however, also offers a second meaning of comrade as, ‘a member of the same political group, especially a communist or socialist group or a trade union.’ Even with this second definition I had questions of whether the workshop participants were homogenous. Were we truly of the same political group? Were we really of the same persuasion? Yes, many questions for me were sparked off by the workshop – questions that I am now grappling with and perhaps will continue to do so in the longer-term.

Within the context of the workshop, however, my feeling is that the participants felt that we were comrades, in the sense that we each have socialist agendas. So, for me, the workshop triggered a further journey of self-discovery; a journey for me to consider consciously identifying as a socialist comrade. A journey to find out what it was in me that ROAPE saw to make them consider me a comrade.

If a comrade is a socialist, as in she or he who aspires to be driven by moral incentives over and above the material kind, I wondered, in modern day Uganda – where I am from – who is a comrade really? How might one identify a Ugandan comrade? What distinguishes a Ugandan as a comrade? Or perhaps, there is no such thing as a Ugandan comrade for all comrades are the same the world over?

Right from the presentations of the first workshop panel on ‘Imperialism and the state of class struggle in Africa’, and the discussions that ensued, I have become convinced that my journey of self-discovery to consciously identify as a leftist socialist needs to be informed by an appreciation of localised struggles within my homeland, Uganda.

Accepting that an imperialist nation uses capitalism, globalisation and culture, in order to extend its power over another sovereign nation, I wonder about how efficient our binary discussion was. In fact, I am of the view that the notion that African nations, such as Uganda, are simply being used by G8 countries or China provides a smoke screen that masks local struggles.

Internal struggles within each country exist. The challenge is recognising and identifying the struggles and who the players are. The workshop discussed the applicability of the concept of ‘class’ to Africa. In Uganda the concept of class is particularly challenging to use as an analytical framework. The majority of Ugandans are self-employed smallholder farmers who own the land on which they produce and own the homes in which they live. The dichotomy employee versus employer is not always distinct. Thus, such popular socialist debates on job creation, minimum wage and on employee working conditions, for example, divert attention away from the more relevant debates for Uganda, like those on the terms of trade for smallholder farmers, farm-gate prices, for example.

As our workshop discussions ensued, I tried to locate Uganda, as a country, and to locate an individual Ugandan within the context of the second panel, ‘Legacy of Russian Revolution and Arusha Declaration.’  Though I wondered why ROAPE chose to draw lessons from the Russian Revolution as opposed to drawing lessons from the life and work of revolutionaries from the African continent, such as Mozambique’s Samora Machel, Ghana’s Kwame Nkurumah or even from Latin America, such as Argentina’s Che Guevara who fought ‘imperialism’ in the Congo in the 1960s.

I also wondered why ROAPE chose not to directly draw lessons from how the socialist beginnings of President Museveni were not sustain, for he is clearly now considered, perhaps, the biggest advocate against socialism on the Continent. Speaking in front of a huge crowd gathered to witness his swearing-in as Uganda’s new president on January 26, 1986, Yoweri Museveni, stated, ‘no one should think that what is happening today is a mere change of guard: it is a fundamental change in the politics of our country’. How did he transform from being a comrade to an agent of imperialism and a servant of capitalism? Or, as some argue, he never was actually a comrade? If that is the case, it is interesting to analyse why he hoodwinked us into believing he was a socialist in order to capture state power.

My journey of self-discovery continues.  I am looking to find Uganda socialist role models who embody socialist ideals so that I may appreciate the true principals of what it means to be a comrade in modern day Uganda. The need for self-reflection and self-auditing is a priceless benefit that I took away from the workshop.

The search for famous Ugandan socialist role models is proving more challenging than I thought it would be. The other famous Ugandan comrade, other than the President Museveni of 1986, is Mahmood Mamdani, whose work I am familiar with and to a significant extent admire. However, apparently, Mamdani does not necessarily always conform to the ideals of a comrade, some socialists argue at the workshop.

During panel three on ‘The state of progressive politics in Africa today: organisation, forms and the agents of social transformation’ there were glimpses of who modern East African socialists might be. I feel that the breakout sessions that were cancelled would have generated more insight on local struggles within East Africa and thus who the modern East African socialists really are and where they organise. But, all in all, for me the workshop was greatly beneficial. I am energised and inspired to find and relate with those whom Che considered as comrades, those who ‘tremble with indignation at every injustice.’

Norah Owaraga is a Ugandan researcher and activist whose areas of interests include social institutions, culture, food insecurity and African knowledge systems. Her blog can be found here.