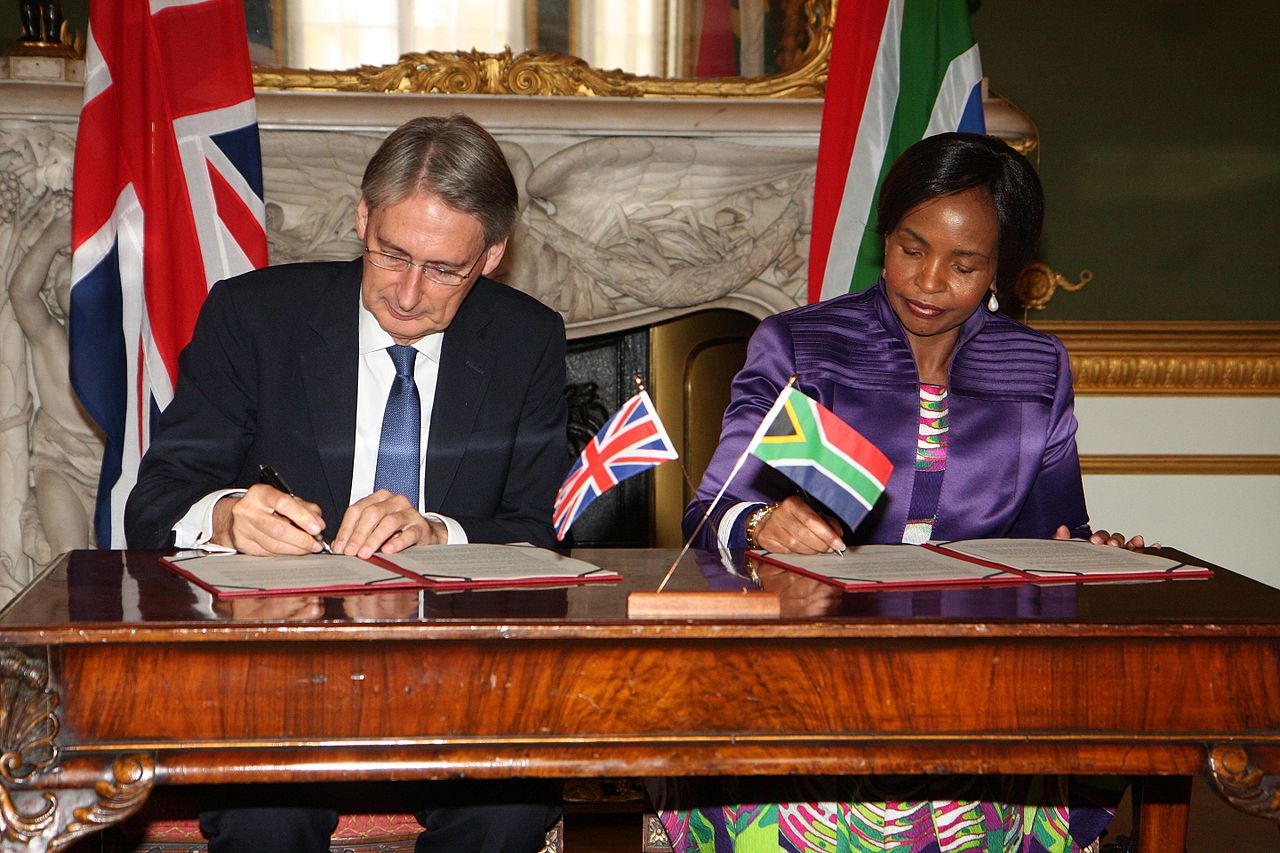 The recent Commonwealth meeting held in the UK in April has thrust the organisation to the forefront of media attention in the UK, prompted by the treatment of the Windrush generation. Revelations about a highly racialized policy framework that operates to deny certain Commonwealth citizens their rights countered the pro-Brexit narrative of a special and valued partnership between the UK and its former colonies.

This narrative placed the Commonwealth at the forefront of a particular political vision of the post-Brexit future; one in which a resurgent Britain re-establishes what it had lost through its membership of the EU. Within this the Commonwealth has been (erroneously) constructed as a betrayed and neglected partner, forsaken for relations with European neighbours, but one which will be rediscovered and rejuvenated through the UK’s exit from the EU (See Murray-Evans 2016 and Langan 2016). This post-Brexit UK-Commonwealth partnership has been idealised as the means to delivering shared economic and political gains, abstracted from the violence of its colonial history and relations of subordination and domination on which it rests.

While this Brexit narrative is arguably more of an overture to non-African Commonwealth States, such as Australia, Canada and India, which the UK is particularly eager to conclude free trade agreements with, the reshaping of UK-Africa relations is also prioritised. It is undoubted that Brexit will have a fundamental impact these relations, and there is much focus on whether the UK can ‘cut and paste’ the controversial and highly contested Economic Partnership Agreements the EU has long been trying to conclude with regional groupings in Africa, into the UK’s own post-Brexit trade regime. There is currently little public debate about the desirability of wholescale trade liberalisation between Africa and the UK, although groups such as the Trade Justice Movement are pressing to ensure these processes are at least subject to democratic accountability and consideration by Parliament.

Since its accession to the EU in the early 1970s, UK trade and aid relations with Africa have been conducted both through the EU and in concert with EU policies. This allowed the UK to collectivise the costs of maintaining its relations with its former colonies, which was particularly important in times of crisis and economic malaise, while at the same time providing for the expansion of its arena of interest to those African states that had been beyond its colonial reach. The EU-ACP (African, Caribbean and Pacific region) relationship embodied the reconfiguration of these relations into neo–colonial then neoliberal form, operated through a “partnership of (un)equals” characterised by John Ravenhill in 1985 as collective clientelism. This relationship afforded the UK a leading position in emergent European and global development frameworks. Its exit from the EU therefore places both the position of UK interests in Africa and its leadership role as a development actor in jeopardy. It is in this context we should view the publication of the Department for International Development’s (DFID) first post-Brexit Economic Development Strategy, published in January 2017.

Although the role of the UK’s Secretary of State for International Development has changed hands, the new incumbent, Penny Mordaunt, signaled the continuity of purpose in her statement this April which emphasised the centrality of private finance and the City of London in both helping to attract private investment to the Commonwealth and in developing capacity to insure against risk in nascent capital markets. This has been marked by the new partnership between the London Stock Exchange and the Nairobi Securities Exchange, ahead of other partnerships between the Bank of England and central banks in Sierra Leone, Ghana and South Africa. Such partnerships are designed to facilitate the development of financial markets and the associated regulatory and institutional frameworks, dressed in the language of expertise sharing, risk reduction, sustainability and growth.

The announcement by Mordaunt not only underlines the emphasis placed on the role of private finance in DFID’s Economic Development Strategy (2017) but also the important role and unique position the British state has in facilitating the expansion of markets for finance. As the report states,  ‘As one of the world’s largest capital markets and a global centre for financial expertise, the UK has a central role to play in channeling private capital to developing economies.’ The Commonwealth Development Corporation (CDC), the government’s private equity arm, has been tasked within this strategy to act as a conduit for channeling UK government funds into Africa and other former colonies, whilst at the same time securing returns on that investment. Within the policy mantra of ensuring “value for money” the expansion of financial markets is promised to ‘open the door to a future free from aid dependency’ and the win-win of ‘doing good in the world’ whilst ensuring high returns on investments (see UK Government 2018).

This is particularly important in a domestic context where the provision of development aid has come under sustained attack from the right-wing press and sections of the Conservative party, coupled with revelations about the behaviour of (mainly white, middle aged, male) employees of leading NGOs heavily involved in the delivery and management of aid projects and in the policy process itself. The increased reliance on investment vehicles such as the CDC to ‘do good in Africa’ however relies on turning a blind eye to the evidence of its use of tax havens, its connections to labour rights abuses and the appropriation and enclosure of land in processes of capital accumulation as witnessed in its involvement in the palm oil company Feronia Inc in the Democratic Republic of Congo (DRC) (see War on Want reports  here and  here).

While the decision to leave the EU was unexpected and has presented a moment of extreme uncertainty both domestically and internationally, UK policy makers have been quick to seize this as an opportunity to recast the UK’s global position. With the repatriation of competences formerly pooled at the European level, notably in the areas of trade and international development, UK policy, its relations with Africa and other members of the Commonwealth are being strategically positioned to secure the UK’s post-Brexit competitiveness and the centrality of the City of London to global financial markets.  As has been seen with trade policy, however this marks an ongoing commitment to global neo-liberalism rather than a retreat from it.

Sophia Price is Head of Politics and International Relations at Leeds Beckett University and a Senior Fellow of the Higher Education Academy. Price is currently conducting research on the EU’s External Relations with West Africa, and West African Microfinance Programmes.