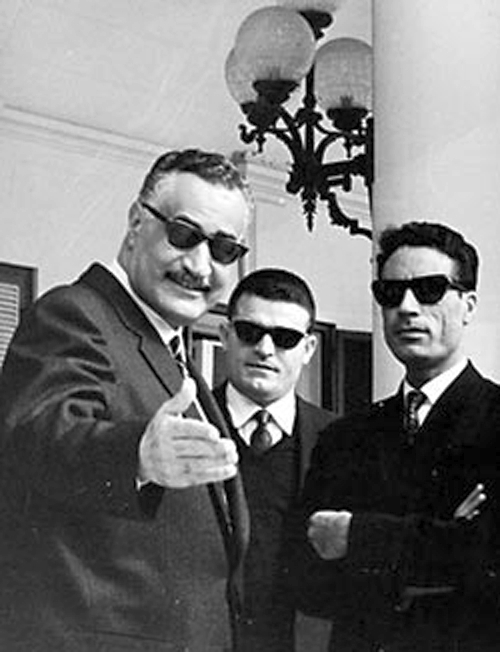 In the second part of his blog on Libya, Gary Littlejohn looks at Gaddafi’s plans to establish a pan-African currency independent of the French ‘African’ franc (CFA). It was these plans, he argues, that posed a serious threat to Western interests on the continent; Gaddafi’s elimination quickly became an ambition of the intervention in Libya in 2011.

An email to Hillary Clinton, citing a sensitive source, stated that ‘Qaddafi’s government holds 143 tons of gold and a similar amount in silver… This gold was…intended to be used to establish a pan-African currency based on the Libyan gold dinar.  The plan was designed to provide the Francophone African Countries with an alternative to the French franc (CFA).’  For those not aware of this, the CFA ensures that France has considerable influence on the monetary policy of its former colonies in Africa, an arrangement that has now existed for decades (see Sylla Ndongo here).

However, this replacement for the CFA was only intended to be the first stage of this Libyan initiative. From early this century, Gulf Arab OPEC countries had begun to invest their petro-dollars in sovereign wealth funds, rather than entrust them to US and UK money markets. This meant a loss of control of a huge amount of liquidity (trillions of dollars) that the London and New York money markets relied upon.

In the months and even years prior to the US decision to destroy the Gaddafi government, Gaddafi had been proposing that Africa adopt the ‘Gold Dinar’. It was to include Arab OPEC countries for their sales of oil on the world market. Gaddafi seems to have forgotten about or been unaware that Saddam Hussein’s decision to use the Euro instead of the US dollar to sell oil was a factor in the decision to invade Iraq in 2003.

As President of the African Union in 2009 Gaddafi had already called upon African oil producers to sell oil in Gold Dinars. Angola and Nigeria were also at this time moving to create their own sovereign wealth funds, and so the threat to the US dollar and Western financial markets was clear. It should not be forgotten that this was at a time when these financial markets were still trying to recover from the financial crisis of 2007-08.  Establishing a common gold-backed currency for such trade would have seriously weakened the position of the IMF and World Bank. It would also have implemented an earlier decision of the Pan-African Parliament in 2004 to create an African Economic Community with a gold-backed currency by 2023.  Writer  F. William Engdahl has written that it was little ‘wonder that French President Sarkozy, who was given the up-front role in the war on Qaddafi by Washington, went so far as to call Libya a “threat” to the financial security of the world.’

If there was any doubt that the military intervention in Libya was always intended to result in regime change, then Wikileaks has provided documentary evidence from Hillary Clinton’s email files.  One of the most important documents is an email from Hillary Rodham Clinton (HRC) forwarding an email from one of her staff which lists Clinton’s ‘Libya’ activities before and after the beginning of the military intervention. It is dated 2 September 2011, and describes activities starting in February 2011.  The staffer’s email text opens with the statement:

HRC has been a critical voice on Libya in administration deliberations, at NATO, and in contact group meetings — as well as the public face of the U.S. effort in Libya. She was instrumental in securing the authorization, building the coalition, and tightening the noose around Qadhafi and his regime.

A clear indication of Clinton’s intentions comes from the remarks about her visit to Geneva on February 28 2011, over two weeks before the military intervention started:

February 28 — HRC travels to Geneva, Switzerland for consultations with European partners on Libya. She gives a major address in which she says: “Colonel Qadhafi and those around him must be held accountable for these acts, which violate international legal obligations and common decency. Through their actions, they have lost the legitimacy to govern. And the people of Libya have made themselves clear: It is time for Qadhafi to go — now, without further violence or delay.” She also works to secure the suspension of Libya from membership in the Human Rights Council.

Libya in the aftermath of 2011: the ‘benefits’ of chaos

While the spread of Libyan arms across North Africa has been subject to comment and analysis, there has been a series of allegations on various websites that the USA has organized the transfer of some of the captured arms from Libya to Syria via Turkey. Indeed, it is claimed in some quarters that the death of the US Ambassador to Libya Christopher Stevens and three other Americans in Benghazi was connected to dealings with those involved in such arms transfers.  Ambassador Stevens and others died in an attack on the US Consulate in Benghazi on September 11 2012.  If true, such allegations suggest that the failure to develop a proper arms reduction and reconstruction process was as much a product of this hidden agenda as it was a result of lack of foresight. Such a conclusion would contradict the results of 8 official investigations into the US deaths at Benghazi in this attack, including one lasting two years and costing about $7 million.

Christine Lamb in The Sunday Times of London on 9 December 2012 claimed that the US was running a covert programme to arm Syrian rebels with heavy weapons from Libya and that State Department officials were in daily contact with Syrian rebels using Skype. Among the Libyan weapons mentioned were SA-7 missiles.  On 9 May 2013 Washington’s Blog made a series of claims about the US arming the rebels and explicitly linked this to the death of Ambassador Stevens and others in Benghazi.

If such allegations have any validity, then they illustrate that the ongoing chaos in Libya had great benefits for the US in facilitating support of rebels in Syria. An additional benefit was a financial one: sovereign wealth funds, if not frozen, could be managed by Western financial institutions. During 2016 there was a court case in London concerning the management of such a fund by Goldman Sachs. The Libyan Investment Authority’s case was that the fund had been mismanaged, and compensation was claimed. The case was notable for the fact that 98 per cent of $1.3 billion had been lost, and also because unconventional methods including prostitutes had allegedly been used to secure the contract to manage this fund.

One of the potential benefits from ousting the Gaddafi government might well have been increased Western participation in, or even control over, the Libyan oil industry. By and large this has not happened, owing to the ongoing military conflict, and indeed Libyan oil output has suffered as a consequence of the difficulties of producing and exporting oil.  General Khalifa Haftar – an important player in current military efforts to control Libya’s oil, and a leading commander of Gaddafi who then broke with him and spent the twenty years prior to March 2011 in suburban Virginia – has managed to make himself relevant to Western governments by controlling access to the major oil fields and providing many of the ground troops that ousted so-called Islamic State (IS) from Sirte early in December 2016.  IS had grown rapidly in the chaotic conditions following the overthrow of Gaddafi and had come to pose a serious threat to the major oil fields. Haftar’s effectiveness in driving IS back has meant that he could not be ignored as a key player in Libya. This proved to be most inconvenient because he was a leading figure in the Tobruk administration that formed a rival government to the Government of National Accord (GNA) which is sponsored by the UN.

The result has been that various governments, including the USA, France, the UK, Italy and even Germany have sent troops into Libya with varying degrees of public acknowledgement of their presence, and they have evidently cooperated with Haftar’s forces in driving IS out of Sirte. There is even radio traffic evidence of Western air support for Haftar’s forces including air strikes.  Given that the GNA has had great difficulty during 2016 in establishing itself in Libya, the support for Haftar’s forces has been kept ‘low profile’ insofar as this is possible. This is because the very countries supplying such military support are officially strongly supportive in public of the GNA. Meanwhile Haftar paid two visits to Moscow in the autumn of 2016, managing to play Russia off against the EU which is now keen to gain Haftar’s support for the GNA in Tripoli.  Russia now feels that through Haftar it may manage to regain some influence in Libya.

The ongoing foreign military involvement in Libya clearly shows that Libya is seen as merely an object to be controlled for financial and mineral resource purposes, and probably for arms transfers.  The welfare of Libyans has always been secondary for those countries that have continued meddling.  This is not to claim that foreign perceptions of Libya are in any way an adequate explanation of events there.  The activities of Khalifa Haftar, for example, indicate that Libyan agency produces outcomes that are not those intended or wished for by the intervening, imperial powers. Rather these blogs have indicated that the reasons for foreign intervention were not those publicly claimed. Lack of knowledge or forethought on the part of the intervening countries does not explain the ongoing difficulties now faced by Libya. These difficulties are in part the result of trying to use Libya to increase control of both financial and mineral assets. With new interests and players, the imperial scramble for riches on the continent continues.